Well it took a few years but we completed the documentary "The Whimsical Imagineer" and had our World Premiere at the 2016 Newport Beach Film Festival.  Not only did we sell out two back-to-back screenings of the program, but we were also honored with the Audience Award for Rolly Crump's program. 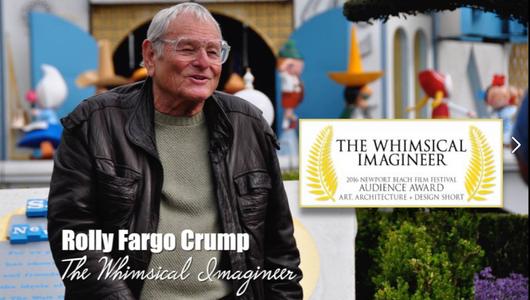 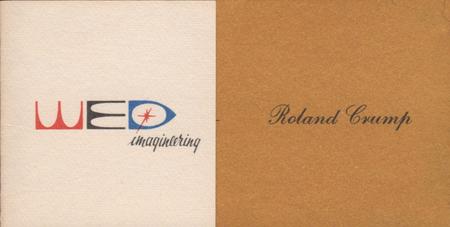 Once I did a little research on Rolly I realized this was definitely a documentary I wanted to create.  And once I met Rolly, the deal was sealed.  Rolly Crump is one of the most natural and entertaining storytellers I have ever had the pleasure of meeting.  And his memories of his days at Disney working with Walt and all the other Imagineers creating Disneyland was rock solid.  And we were off and running!

My journey with Rolly Crump started when my mom and I were having breakfast and she mentioned a friend of one of her friends had worked on It's a Small World and other attractions at Disneyland and wouldn't that make a great documentary? Then she mentioned the gentleman's name was Rolly Fargo Crump.

Our next shoot with Rolly Crump was at Disneyland a couple of hours before the Park even opened.  What  an amazing morning as we had Disneyland to ourselves as Rolly walked down Main Street sharing his memories and reminiscing about Walt.  I can't speak for my crew but it was easily one of the high points of my documentary producing career!

MY JOURNEY WITH ROLLY CRUMP 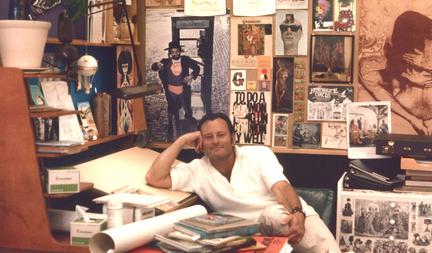 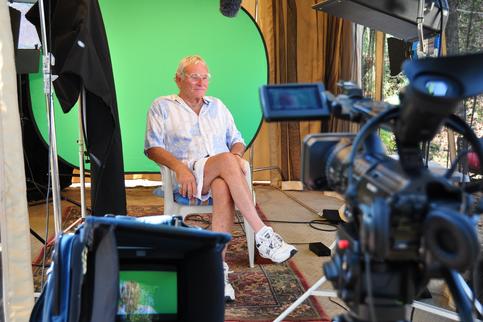 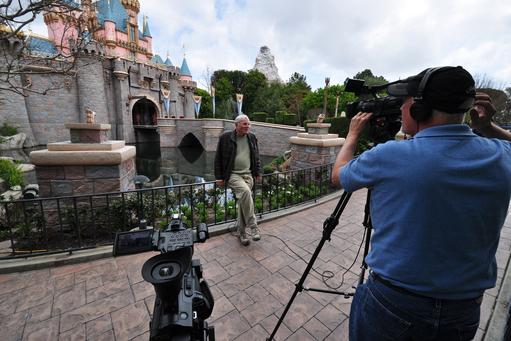 Our first shoot with Rolly Crump was at his home in Southern California on a very hot summer day.  And honestly, it was one of the easiest interviews I had ever done. With my extensive list of questions in hand, I asked Rolly the first question and rarely had to ask another as Rolly moved skillfully from one story to the next, not only answering all my original questions but sharing memories and insights I would have never thought to have asked him. Needless to say it was a magical day!

The Incredible Life of Rolly Crump